The second race of the new Vertical Kilometer® World Circuit climbed from sea to sky on the island of La Palma in the Spanish Canary Islands on May 11, 2017, with the Transvulcania Vertical Kilometer®. A new record was set by VK World Champion, Norwegian Stian Angermund and the women’s race was won by Japan’s Yuri Yoshizumi, new to vertical running, she is a star in the making.

Angermund’s time of 47’22” sliced one second off the previous record. Hot on his heels was Ultra champion, Spaniard Luis Alberto Hernando taking on the VK in excellent form closing in 48’39” and last year’s winner, Columbian Saul Padua, placed third in 50’41”. Among the favourites, Rémi Bonnet was forced to pull out injured.

Yoshizumi’s winning time was 59’28” – 1’32” off the record set last year by Briton Emmy Collinge. Italian Stefanie Jimenez took an excellent second position in 1h01’18” and third went to Zuzana Krchova from the Czech Republic in 1h’04’33”. A field of 158 competitors took on the challenge.

The third edition of the race climbed 1,203m from the black sand beach at Tazacorte up a steep cliff face over a distance of 7.6 km to an altitude of 1,600m. With some scrambling sections, it’s probably one of the most spectacular vertical races with views stretching across the Atlantic ocean and the western coast of the island.

The new Vertical Kilometer® World Circuit, a spin-off of the Skyrunner® World Series since 2017, counts eighteen races in eight countries. 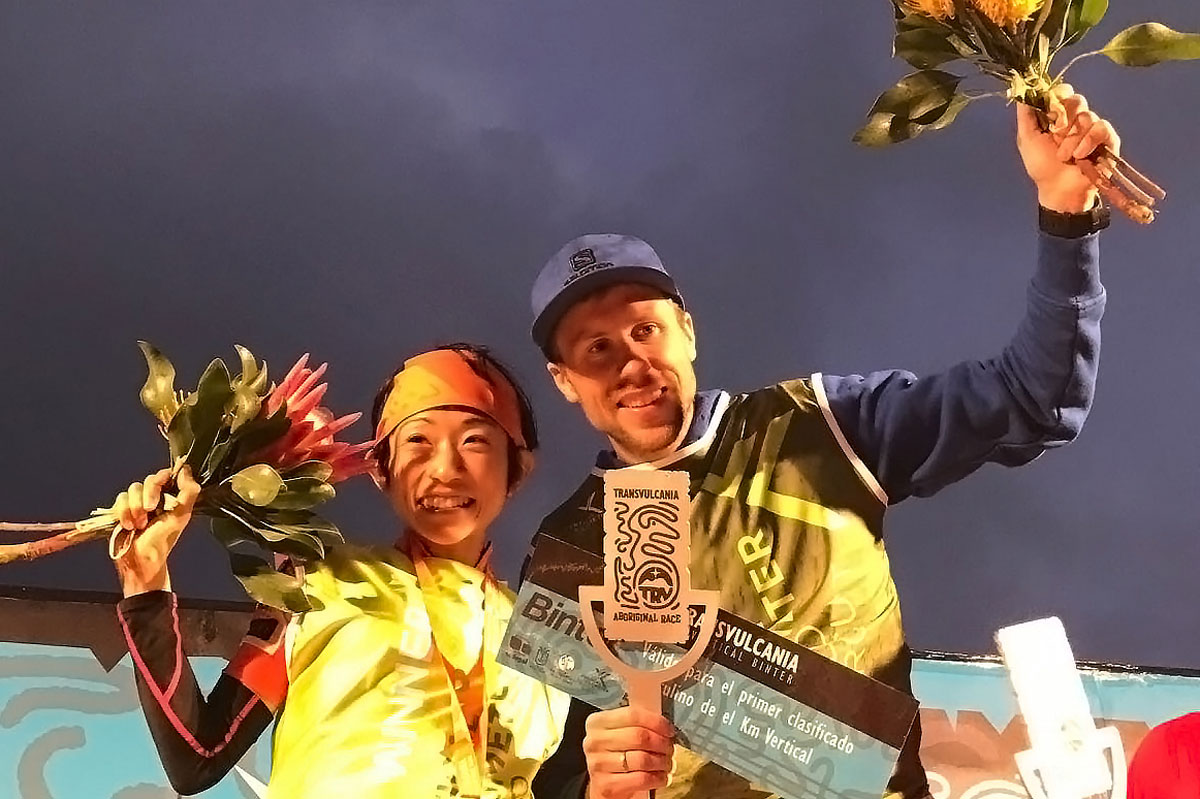 Winners Yoshizumi and Andgermund on the podium of Transvulcania VK. ©VKWC