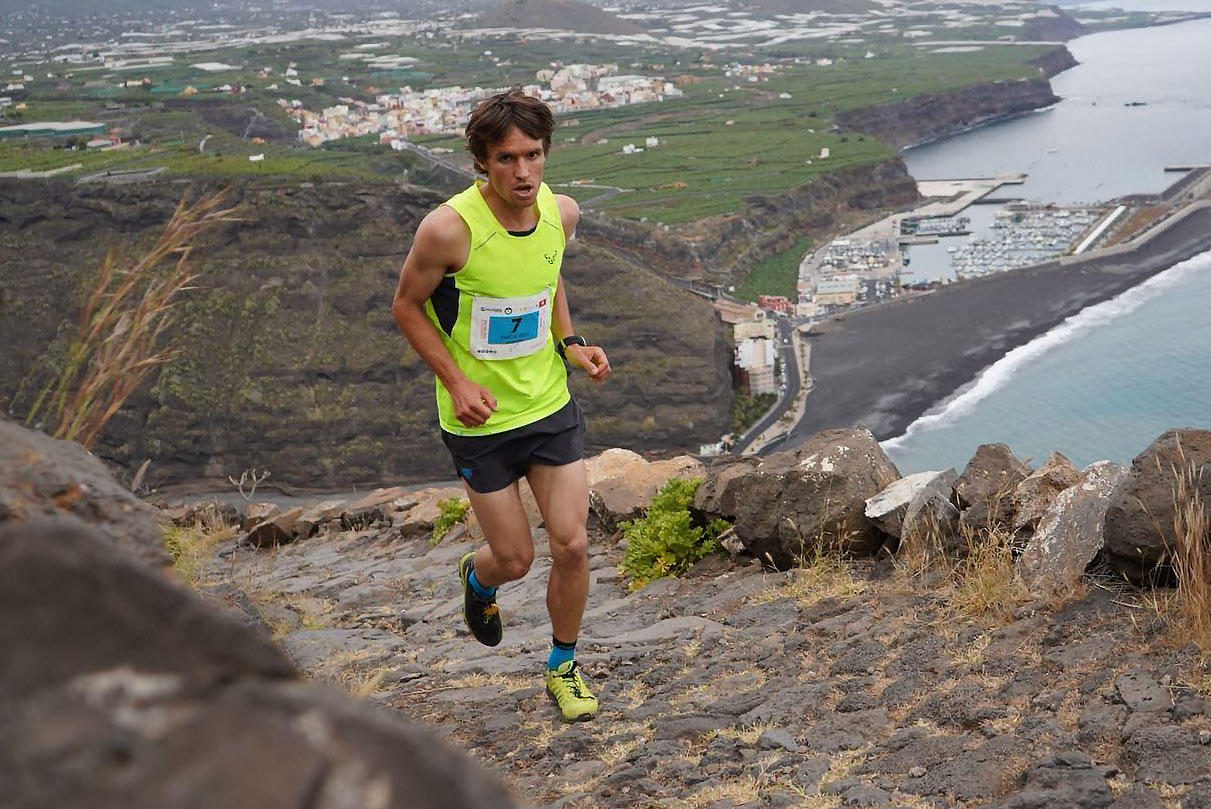 The second race of the 2018 Vertical Kilometer® World Circuit kicked off on the island of La Palma yesterday with a very fast women’s field, the top two crushing the previous record. Frenchwoman Christel Dewalle and Spain’s Laura Orguè took first and second with Zuzana Krchova from the Czech Republic in third.

The fifth edition of the KM Vertical, part of the Transvulcania Ultramarathon weekend’s events, takes off from the island’s Atlantic coast and climbs 1,203m up an extremely steep cliff for 7.6 km. 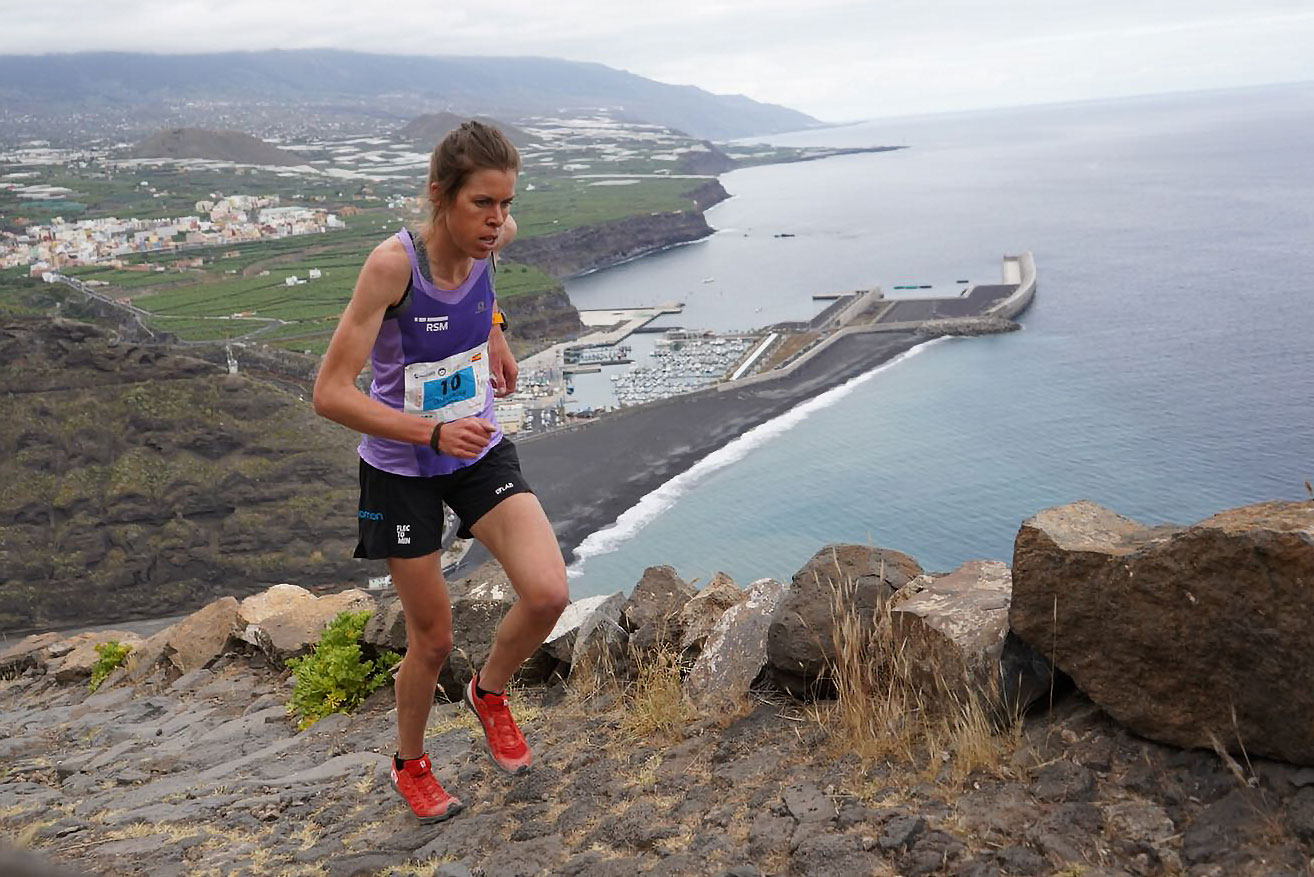 “I thought my leg and my head were not ready either last Sunday or today so I’m surprised to be on the first position twice. It was not an easy one. The late start is hard to manage. I may have eaten too late and too much so I found the last part of the race exhausting,” commented Dewalle at the summit after giving it her all. She closed in 56’52” slicing an incredible 1’41” off the previous record set in 2016 by Briton Emily Collinge.

Just 27” later was Laura Orgué, 2016 Skyrunning World Champion. “I’m happy it’s the first race of the season –  a strange feeling before the race because you never know how the training has gone. I felt really good. I’m so excited to try more verticals. I prefer steep but this year I didn’t want to do too many so it’s good training, very runnable – it’s good to move the legs!” 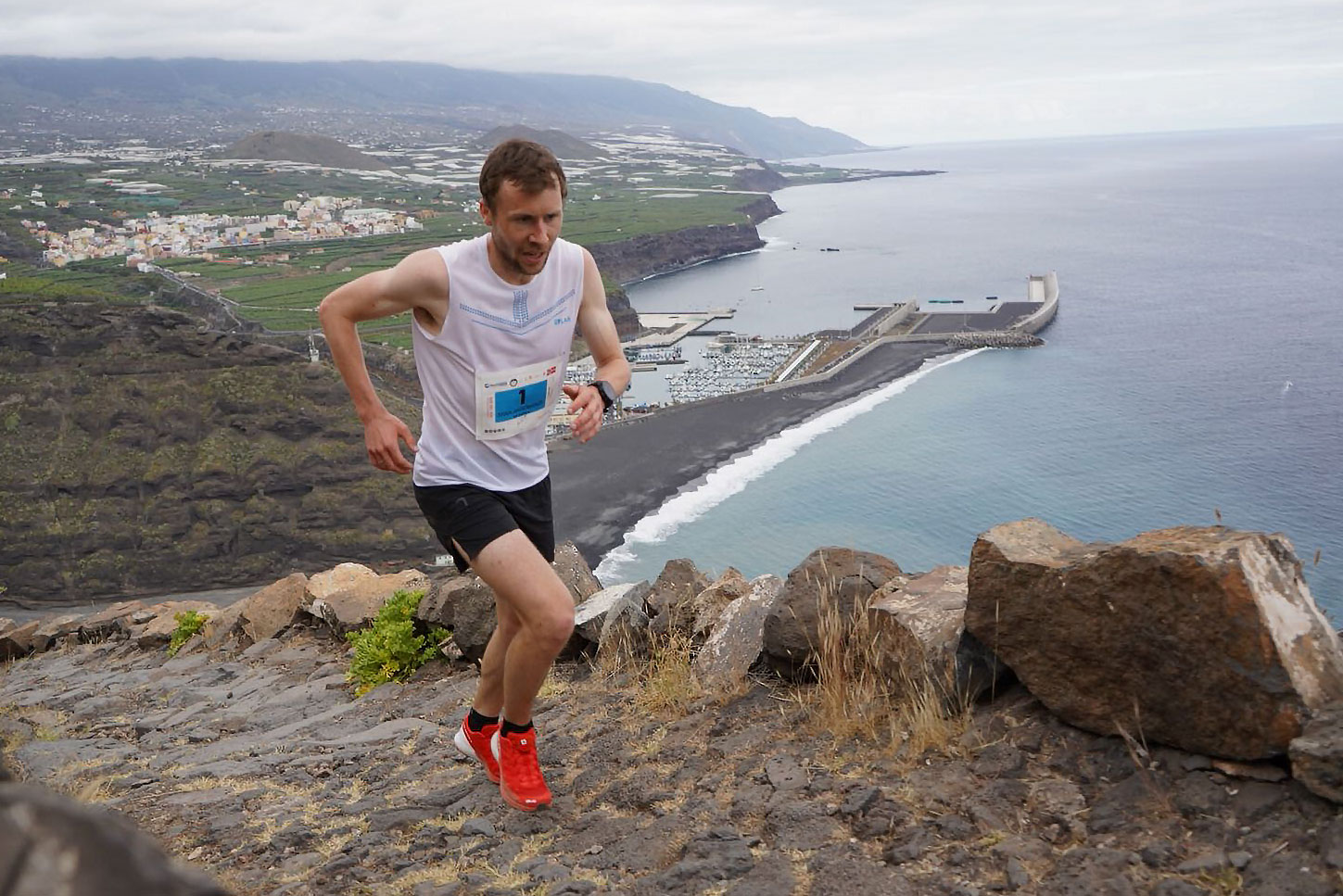 Men’s winner Pascal Egli closed in 47’55” just 33” short of Angermund-Vik’s 2017 record. “I had a great feeling all the way. The spectators helped me a lot. I suffered only really in the end and I was even happier to see I won. It was really close. I never imagined to beat Stian [Angermund]. For me it’s really quite something. He said I could do it but I didn’t believe him, so cool!”

This time, Angermund-Vik was second in 48’03”. “It was a tough race today, 50 seconds more than last year. I’ve been running a lot and I felt the body was a little heavy, but this is how good it is today. It’s so nice that Pascal [Egli] won. He’s a super nice guy so I’m happy for him to win. I’m happy to have started the season and then I will look forward to Zegama.I like the atmosphere here in Spain!”

Participants from no less than 20 countries totalling 160 took part. 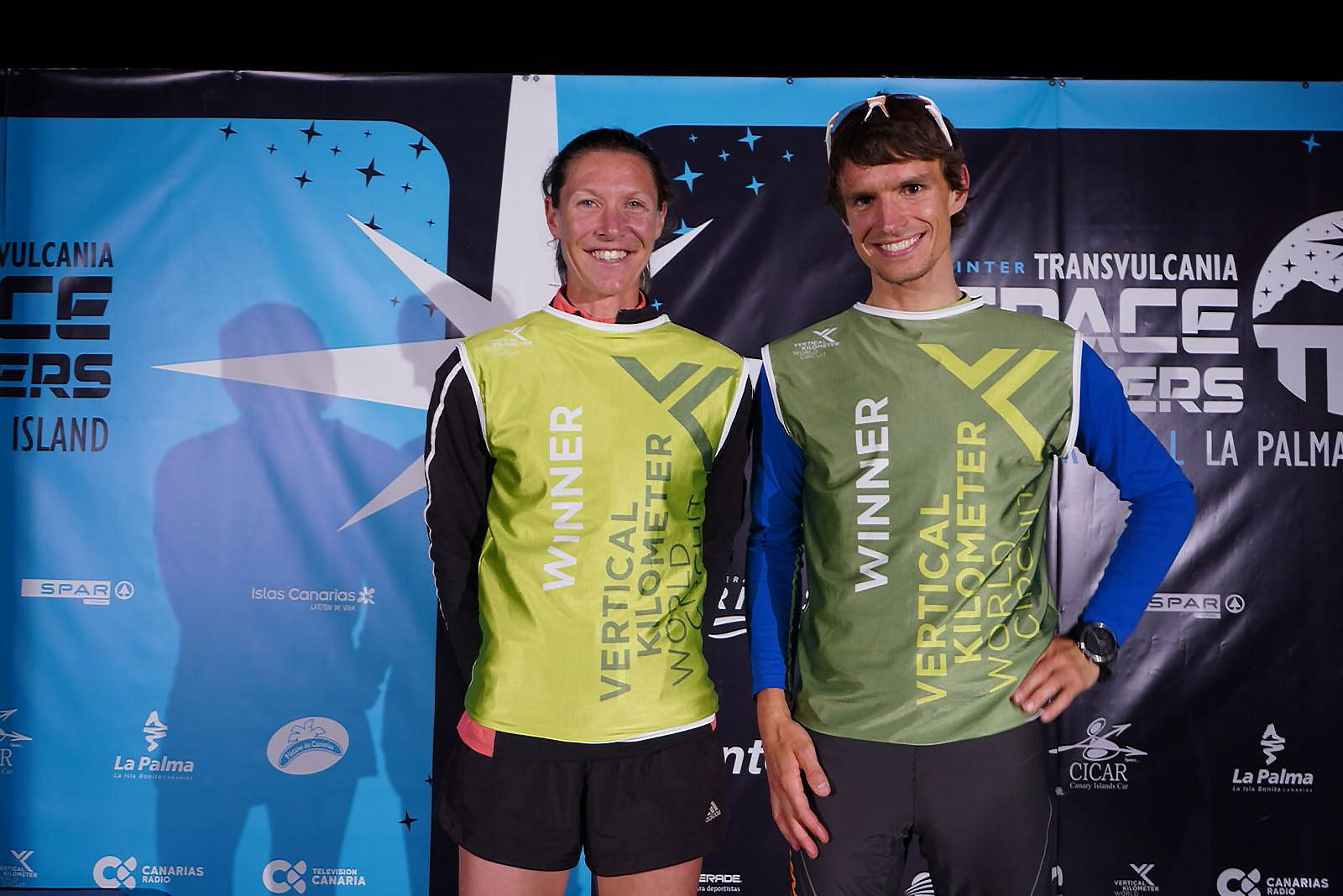