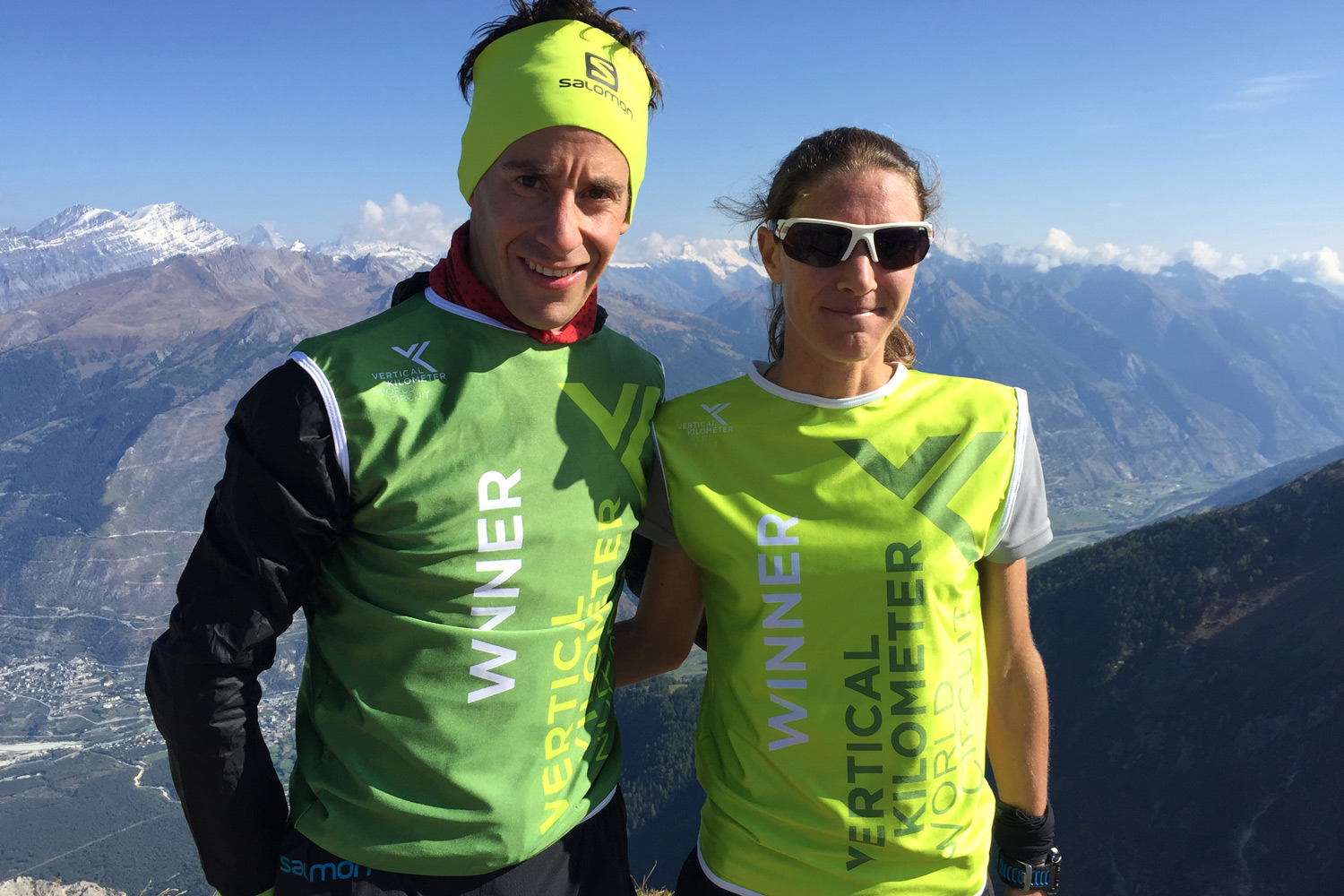 It was a double Vertical Kilometer® and a double victory for French woman Christel Dewalle at Les KM de Chando in Switzerland, Saturday, September 23. In taking the win she also set a new record in 1h21’29”. The men’s winner was Martin Anthamatten from Switzerland who summited in 1h13’24”.

The race is the 14th stage of the 18-race Vertical Kilometer® World Circuit, where the ranking is based on the six best results for the end of season prize purse of €10,000.

Les KM de Chando has the unusual feature of double the vertical climb, in this case, 2,000m over a 7.7 km course. The highest point of the race reaches the 2,720m summit of the of the Illhorn.

“I found it hard in the beginning as it was flatter than I expected. I was hoping for something steeper but the last part was very steep! Commented Dewalle after a four-month absence from racing. “After difficult summer, I was happy with the result – breaking the record by more than five minutes!

My next race will be the Verticale du Grand Serre and I want to stay focused on the VK season.”

After winning the triple Red Bull K3 in Italy and now the double in Switzerland, Anthamatten’s talent for the longer races is evident. 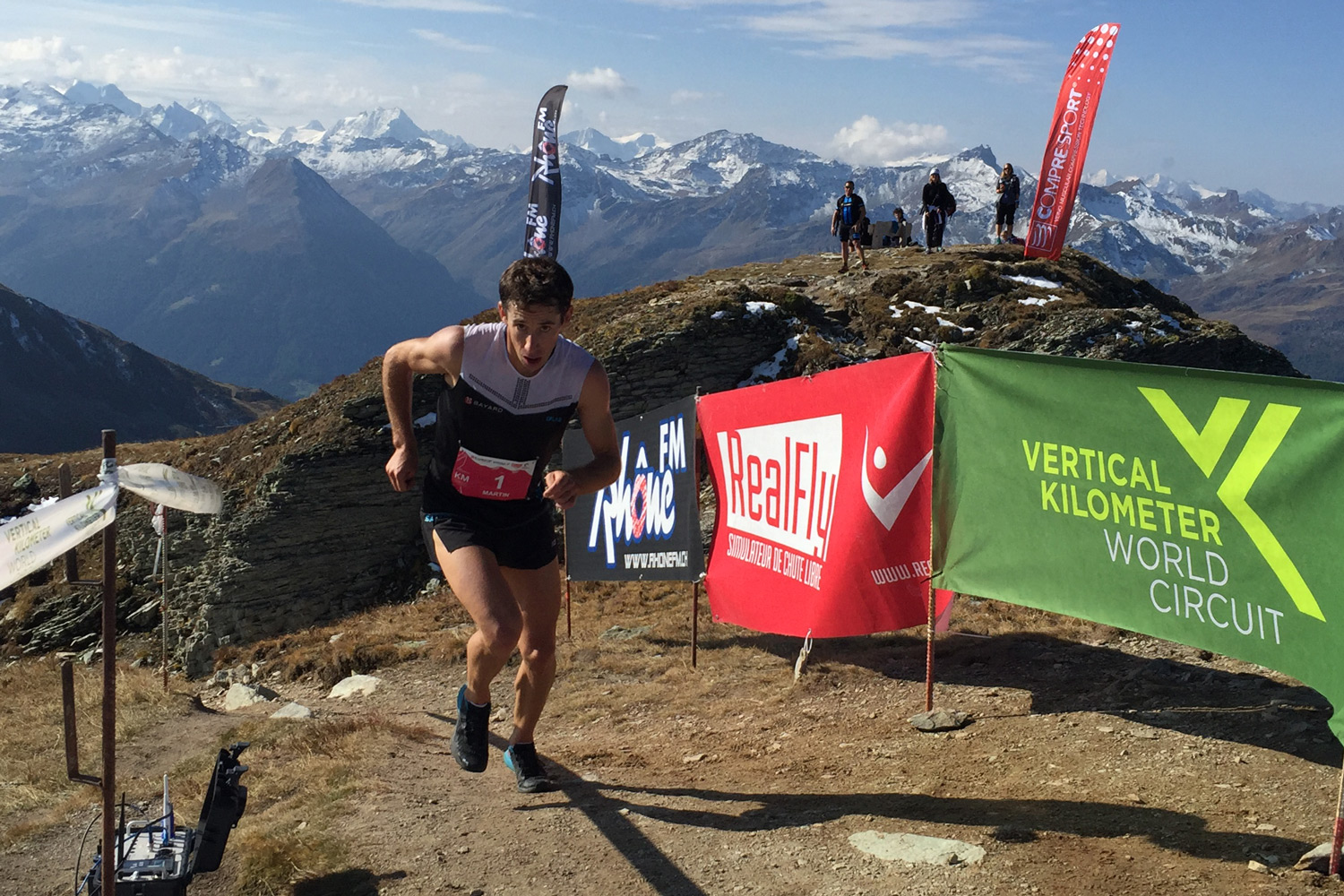 “In the beginning my feelings were really good. I had one competitor with me but on the last part my legs were strong. I’m really happy to be in this shape this summer.”

With just two wins on the circuit he now ranks 11th. 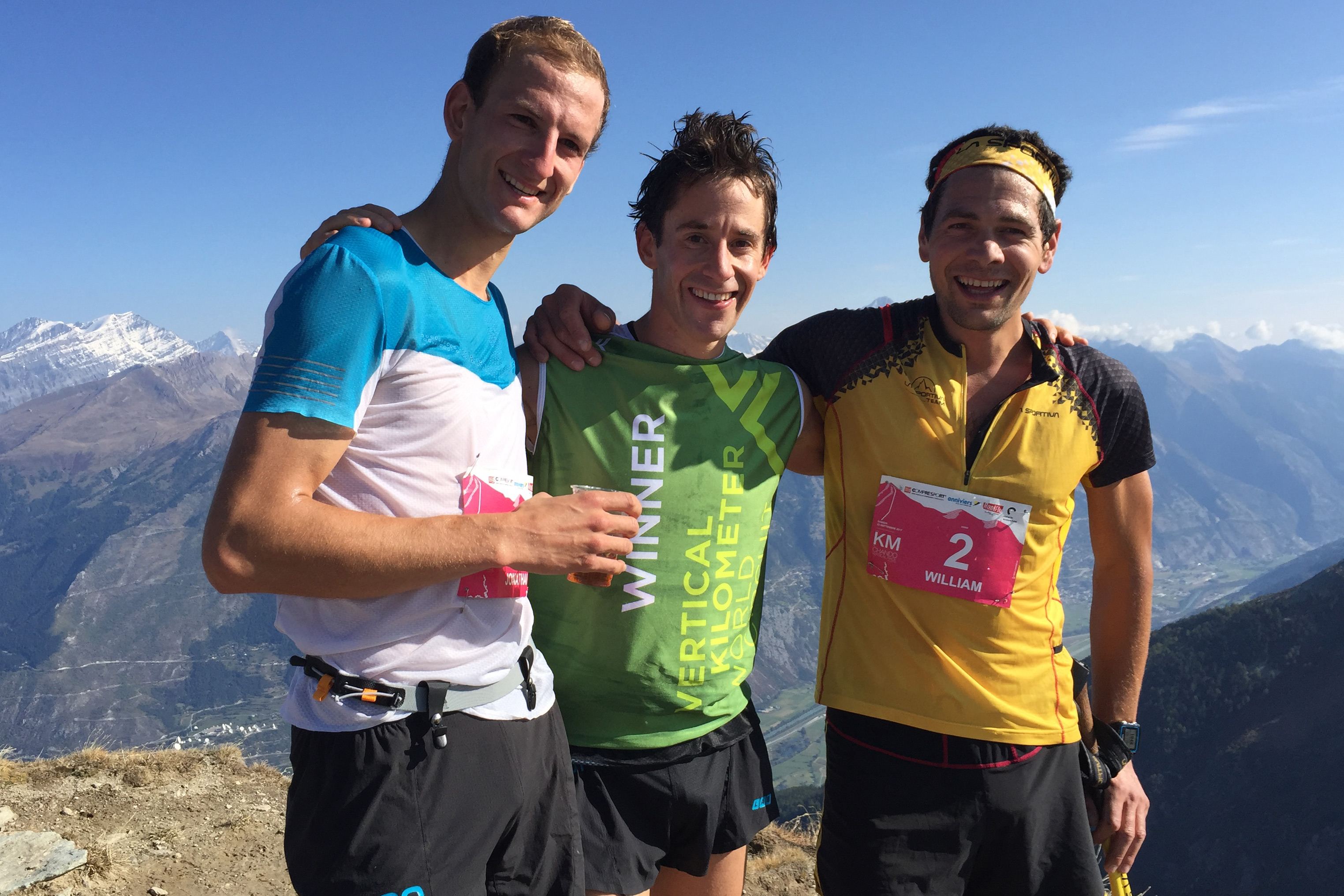 The Vertical Kilometer® World Circuit now heads for France with the Vertical du Grande Serre on October 1 where Dewalle set the record in 2016.