Winners on home ground were Xavier Gachet and Christel Dewalle who summited in 30’55” and 34’58” respectively, Dewalle setting the new women’s record.

The men’s podium was all-French with Tao Quemere and William Bon–Mardion in second and third.

Thanks to his third position here, Bon-Mardion now rises to third on the ranking which is still led by Norwegian Stian Angermund–Vik. Slovenian Nejc Kuhar climbs to second thanks to his fourth place here. 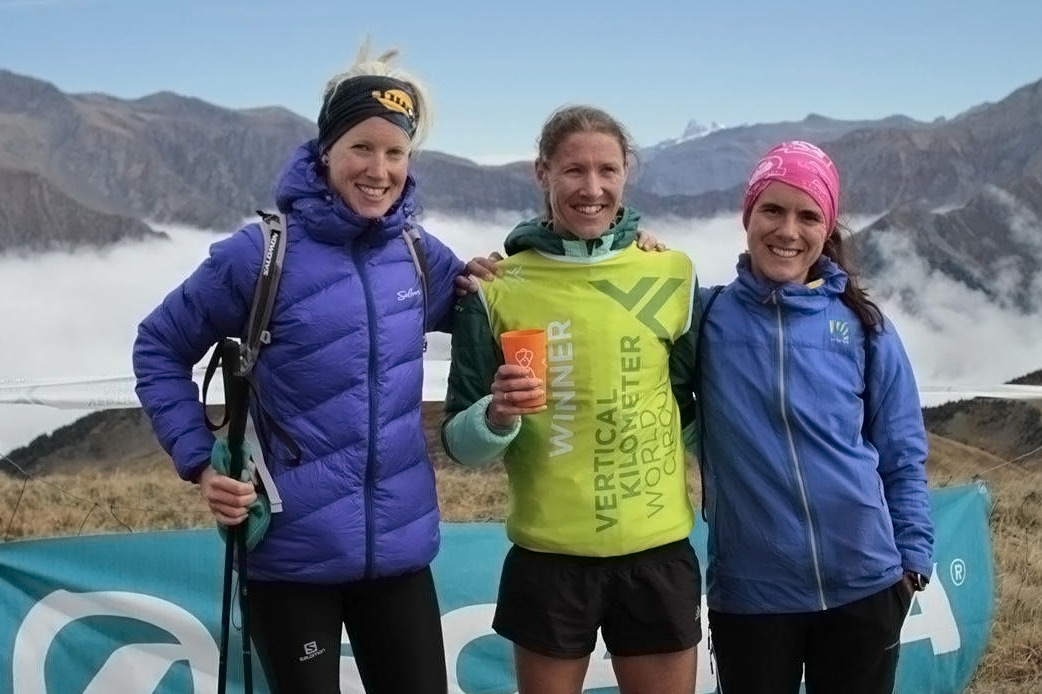 Dewalle headed the women’s podium setting the new record, followed by Switzerland’s Victoria Kreuzer in second and Marianna Jagercikova from Slovakia in third.

International VK specialists gathered here to enjoy the tough competition and to collect precious ranking points in the 17-race circuit together with some 400 participants.

Exactly 1,000m of vertical climb, the race is just 1,811m long ascending up grassy slopes to the highest point at 2,140m above the small village of Cholonge in the Rhône-Alpes.