French woman Christel Dewalle is on a winning streak after three straight wins on the Vertical Kilometer® World Circuit. It was a repeat performance also for Italian Philip Goetsch at the Gréste della Mughéra Vertical Kilometer® in Limone sul Garda, Italy, Friday, October 13 which the pair won in 2016.

At dusk from the shore of Lake Garda, 235 competitors ascended the 1,080m vertical climb over the rocky 3.2 km course, their headlamps twinkling in the darkness.

Philip Goetsch, race winner, climbs to victory for the second time on the course. ©iancorless.com / VKWC

Goetsch summited in the fastest time, an incredible 36’23” nearly two minutes ahead of Italian Patrick Facchini who closed in 38’13”. Norwegian Stian Angermund-Vik, World Champion of the Vertical discipline, placed third in 38’40”.

Spaniard Laura Ogué continues to lead the Vertical Kilometer® World Circuit ranking after taking a fifth place in the race. Italian Stephanie Jimenez is ranked second after placing fourth. While Switzerland’s Victoria Kreuzer, who was unable to run due to hamstring issues, holds on to third.

The men’s ranking leadership continues with Angermund-Vik, Slovenian Nejc Kuhar in second and Facchini in third. 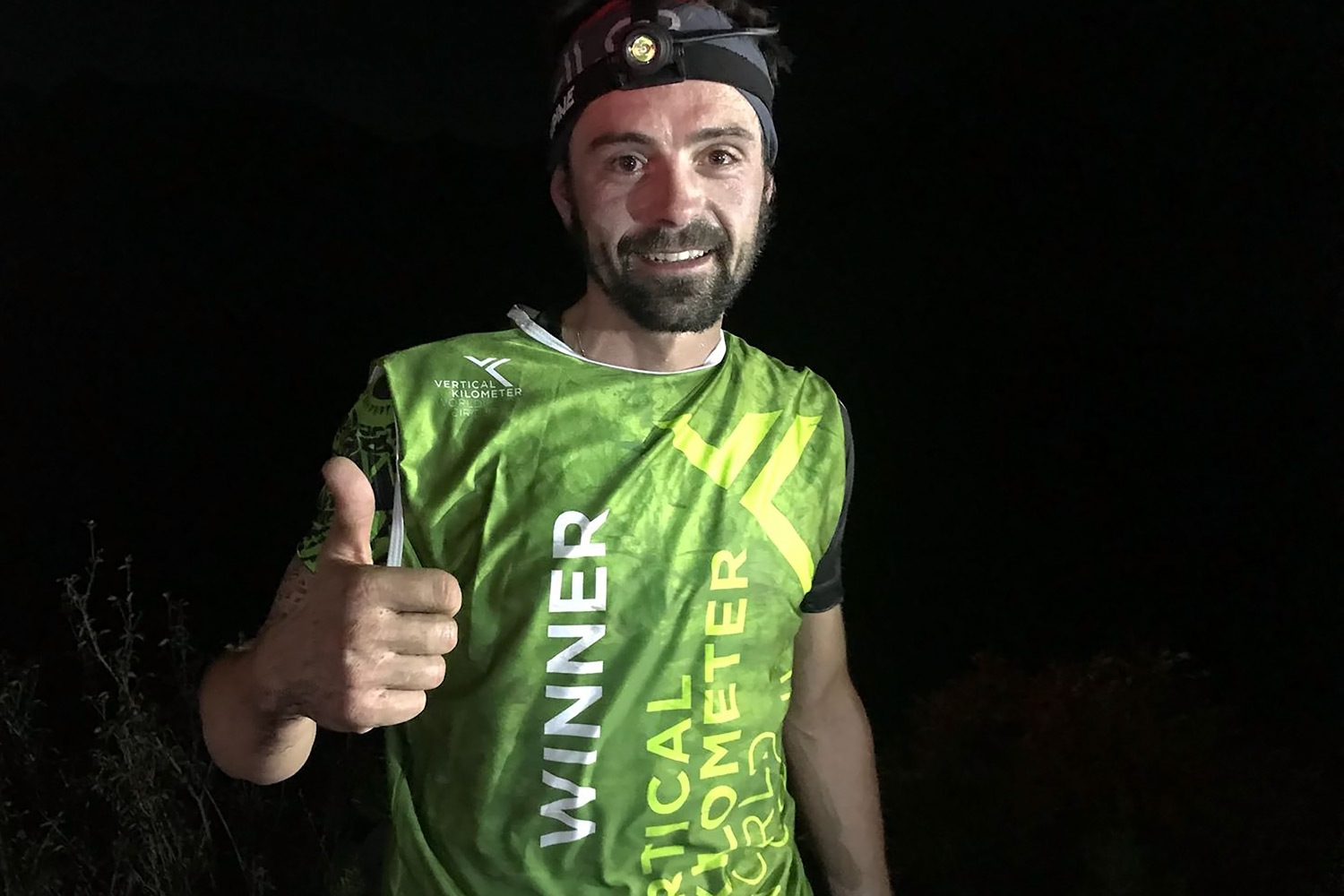 The race also represented the finals of the Skyrunning European Championships.

The Gréste della Mughéra Vertical Kilometer® is the second last event on the 17-race Vertical Kilometer® World Circuit which will conclude on October 21 with the Kilomètre Vertical® de Fully in Switzerland where the world records for the discipline stand at 29’42” by Urban Zemmer and 34’44” by Christel Dewalle who will be heading there to close the season…and give her record another shot.