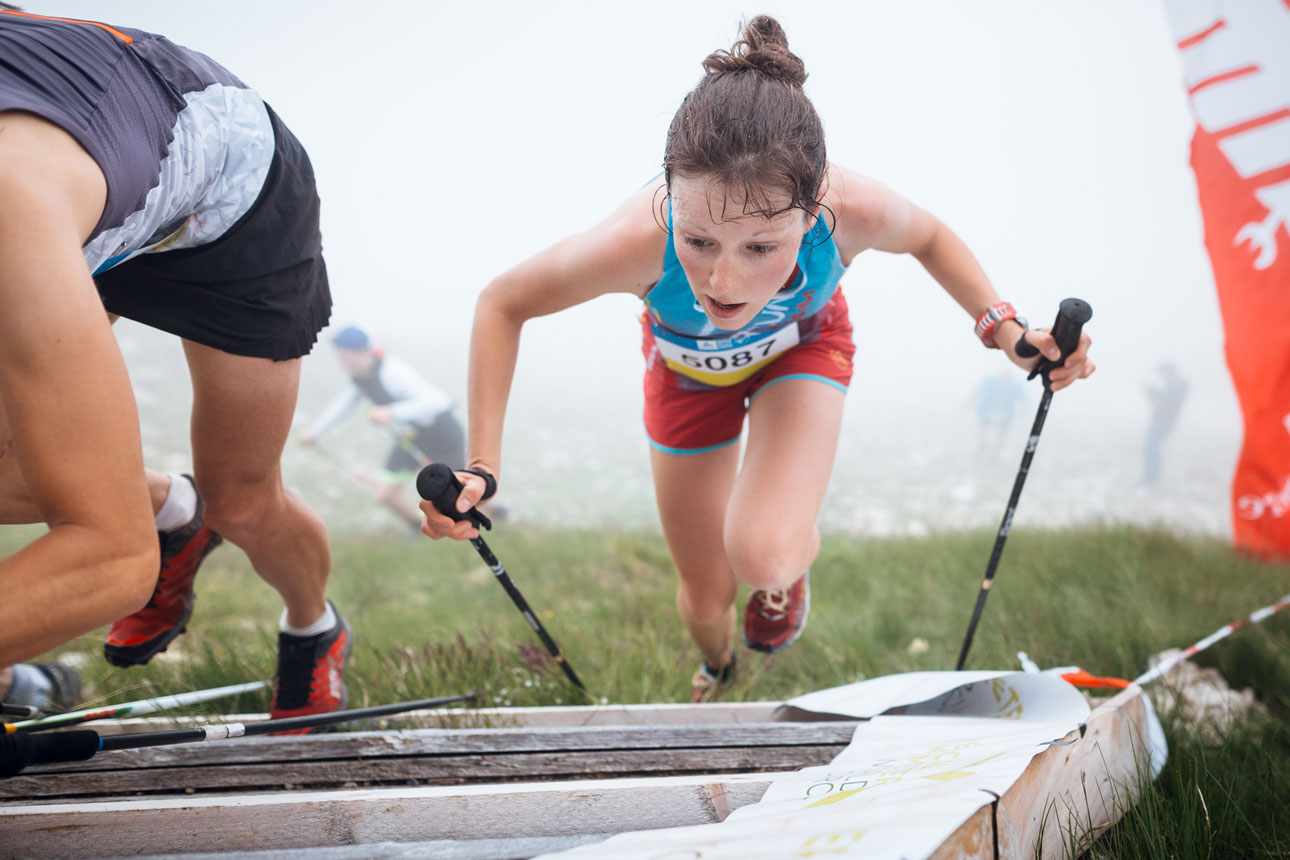 Friday’s sixth leg of the Vertical Kilometer® World Circuit was once again hosted in Val d’Isère, France, where some of the world’s top specialists climbed the lung-busting ascent up the Olympic ski slope in the Kilomètre Vertical Face de Bellevarde. 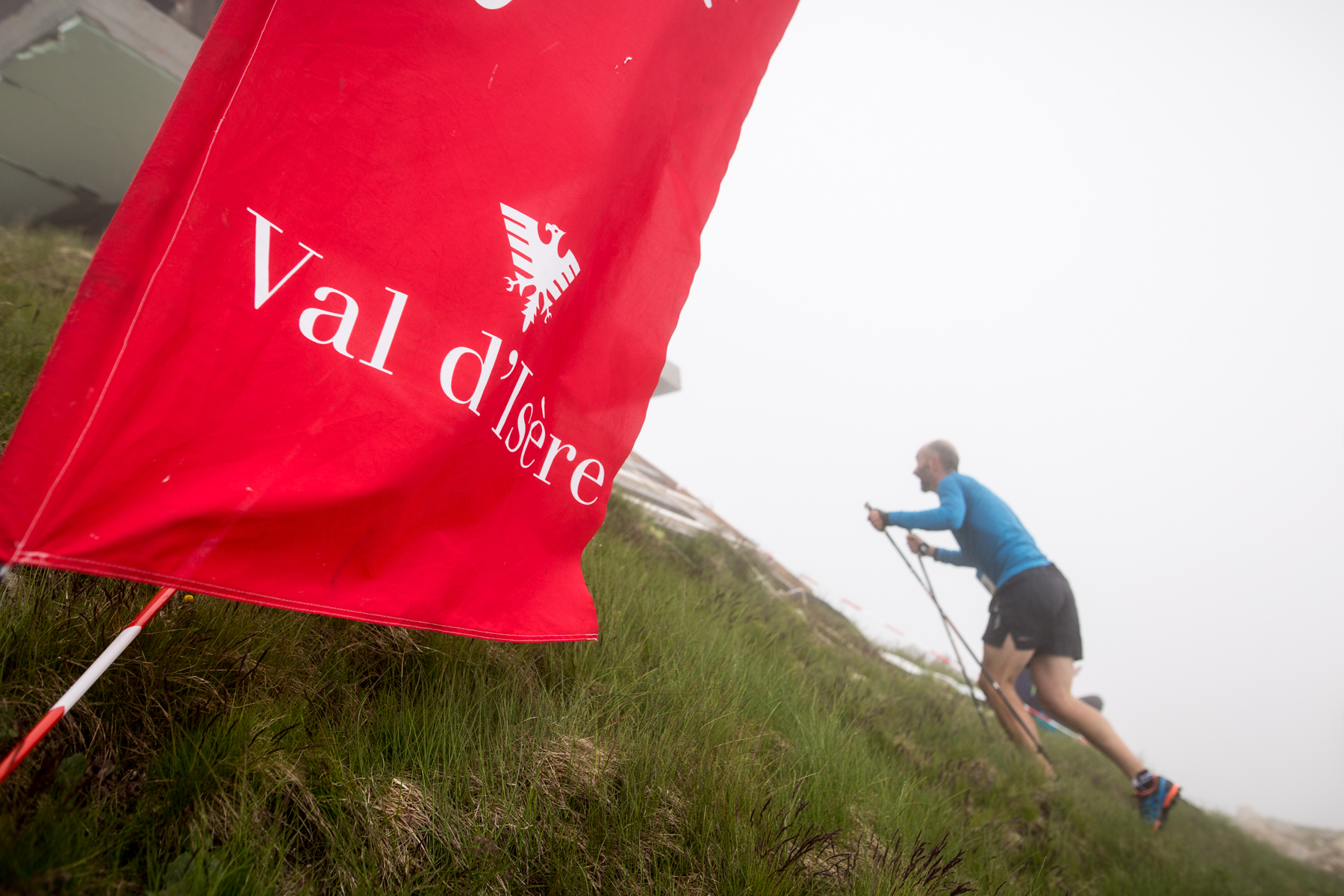 One of the steepest races on the circuit, it is just three kilometres long with a 970m vertical climb to the 2,798m summit of the ski run. The final stretches, with a challenging 50% incline, push the limits of the world’s best runners to the maximum.

Mollaret’s record, 37’40”, was all the more incredible as she was racing with the previous record holder and ranking leader, Christel Dewalle. Over such a short course, 31 seconds is a very significant improvement.

“Beating Christel is quite good,“ commented Mollaret. “She is the reference so I am obviously very proud. I was happy to have some power for the last 100 metres. It made the difference!” Third woman was Swedish rising star Lina El Kott, who recently won the Olympus VK.

Gachet, closed in 33’53”, 29” off his own record set in 2016. Pushing behind him were Adrien Perret and Italian VK specialist Simone Eydallin.

Xavier Gachet on the way to his third win at the Face de Bellevarde VK. Guillem Casanova / Odlo HTV

“I was feeling very good from the beginning and I knew I was in a good position when I passed Adrien Perret,” stated the winner. “The third win here is great. It shows that after the ski season the legs are still good for some running!“

The men’s ranking remains unchanged with Pascal Egli leading, followed by Ferran Teixido and a tie between Davide Magnini and Rémi Bonnet.