Skyrunning World Champions Laura Orgué and Stian Angermund-Vik proved their prowess yet again in the Vertical Kilometer® at yesterday’s Salomon Mamores VK in the Scottish Highlands, not only taking the victory but breaking the course records.

Angermund-Vik from Norway summited the steep quad-busting 1,000m vertical climb in 42’04” beating the standing record by 13” while Spain’s Orgué sliced an astonishing 1’12” off last year’s time at the inaugural race to close in 52’22”. The course is a mere 5 km long, but the strong competition and cool temperatures pushed the field hard.

Second and third men to the top were Briton Sam Tosh in 42’3” and Frenchman Alexis Sévennec in 42’4” – a very tight trio.

Scrambling over the VK course enjoying the view. ©iancorless.com / VKWC

The spectacular course starts in Kinlochleven in the heart of the Highlands and climbs to one of the Munroe summits, Na Gruagaichean (meaning the Maidens) at 1,010m altitude with breath-taking views across to Ben Nevis, Scotland’s highest mountain, the Munroes, the Grey Corries and Glen Coe’s skyline.

The Salomon Mamores VK was the 13th leg of the new 18-race Vertical Kilometer® World Circuit launched earlier this year, a spin-off of the Skyrunner® World Series. 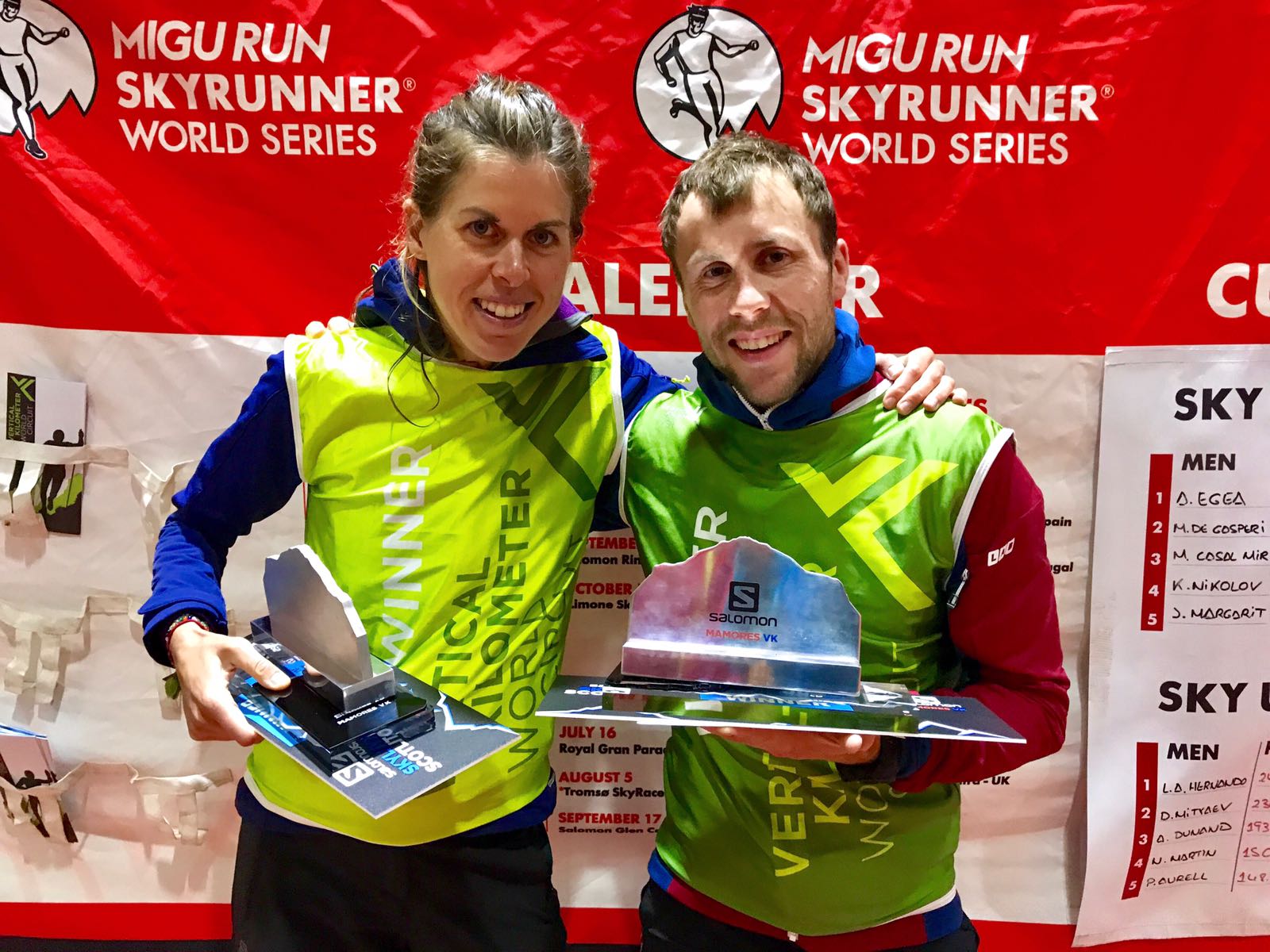 The race was one of the weekend’s four events, three of which on the Migu Run Skyrunner® World Series, where 1,325 runners from more than 30 countries are competing.

Le KM De Chando on September 23 in Switzerland is next up on the Vertical Kilometer® World Circuit where the six best results are counted for the final ranking.