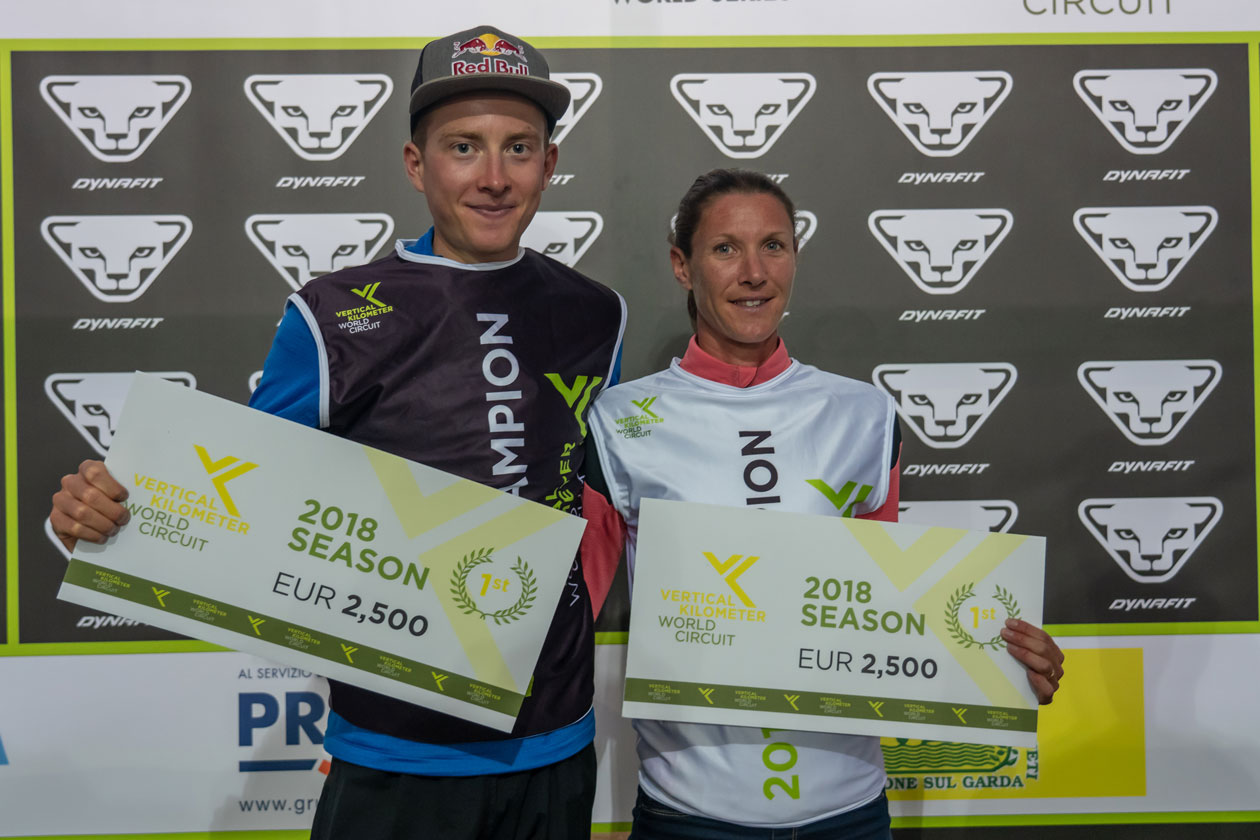 Winners and champions were crowned and records smashed at the final of the 2018 Vertical World Circuit in Limone, Italy, Friday, October 12. The last of the 12-race tour saw a tight fight between the top ranked athletes at the Grèste de la Mughéra Vertical Kilometer® for the titles which went to Rémi Bonnet and Christel Dewalle.

Three men were up for the title: Pascal Egli, Ferran Teixido and Rémi Bonnet. With Egli not competing, saving his energy for Saturday’s Limone SkyRace®, the battle was between Andorran Teixido and Switzerland’s Bonnet. The Swiss star knew he had to win the race for the title and that’s exactly what he did, crushing the previous course record. After a period of injury, he felt strong and planned to take on the “double” with the SkyRace® the following day. 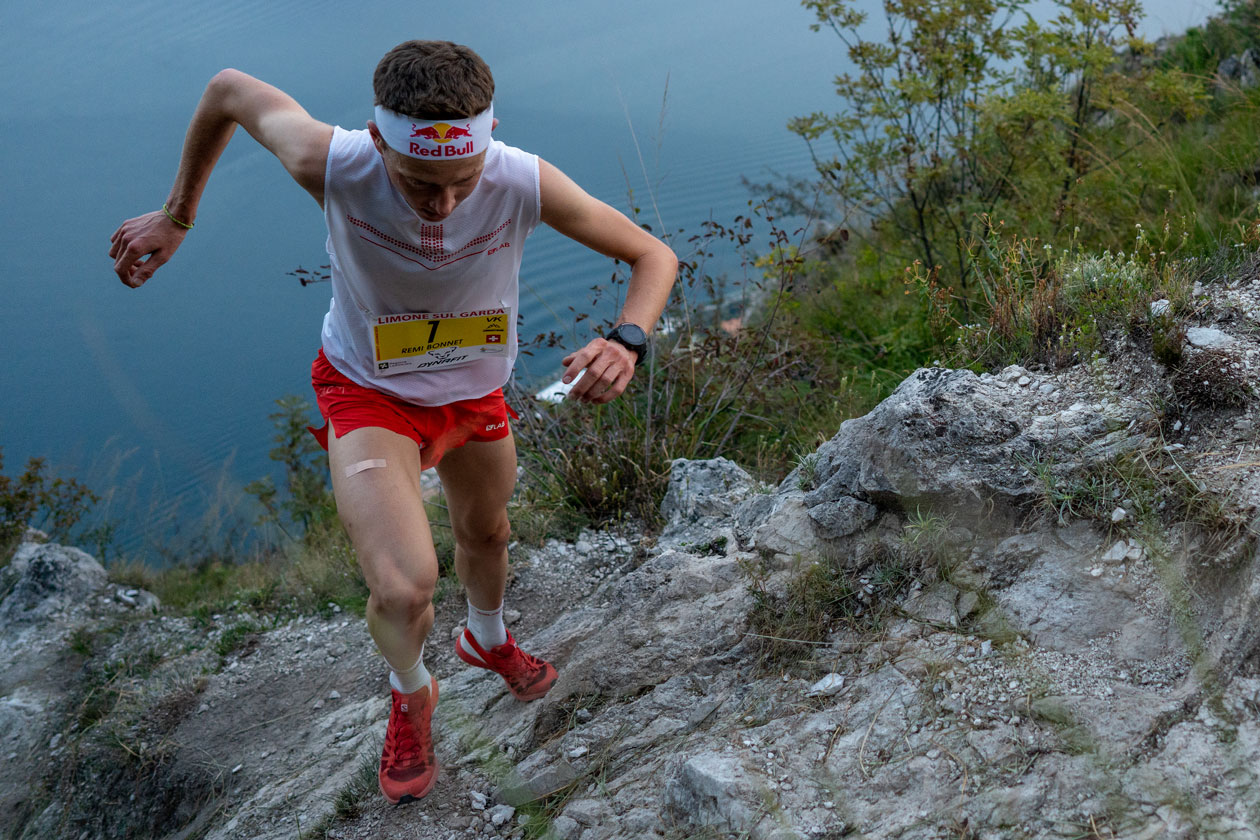 “Today was a hard race because the field was really strong and I was a bit surprised by my legs today – really good and I’m surprised to beat the record,” commented Bonnet. “It’s good to win the champion title and it’s hard to believe because I have only four races. Sometimes injuries are good!”

The spectacular 3.7 km course starts on the course of Lake Garda with a vertical climb of 1,080m. Bonnet set off in the lead and continued, strong and determined, to close in 36’02” slicing 21” off the standing record by Italian Philip Goetsch.

The women’s title went to French woman Christel Dewalle who had already won four of the circuit races to secure the top spot of the ranking. With Victoria Kreuzer not participating the ranking was already decided: Dewalle, Jessica Pardin and Kreuzer. 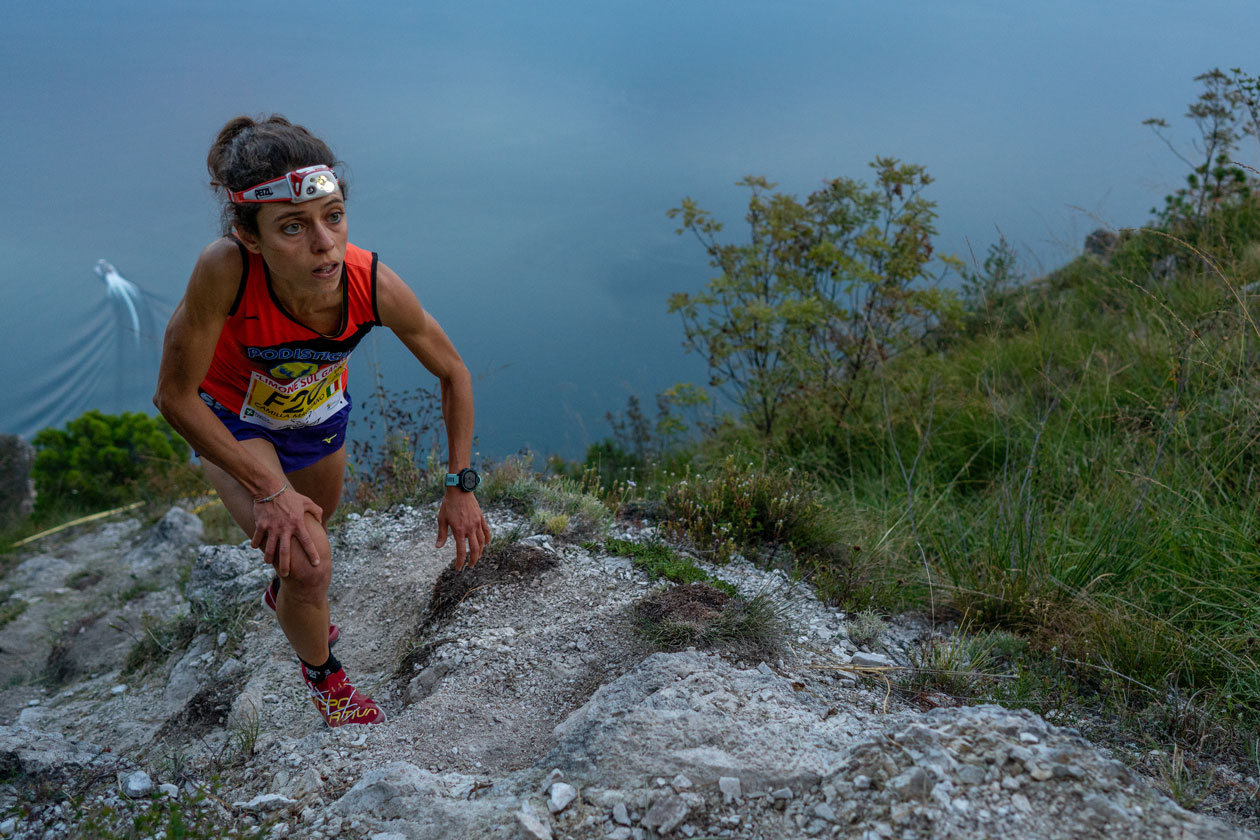 “It’s been a good season. I knew I got the title before this race, so I came here just to enjoy the atmosphere. Becoming VKWC champion was my main objective of the season and I hope I can repeat this wonderful result also next year,” said Dewalle.

The race was won by Switzerland’s Judith Wyder, who also set the new course record in 43’47”, an incredible one minute faster than Dewalle’s 2014 record.

“It was the first time I did such a race so I was I bit excited about how it’s going to be but in the end it was fantastic to run up this hill with the view…I enjoyed it a lot,” Wyder stated. 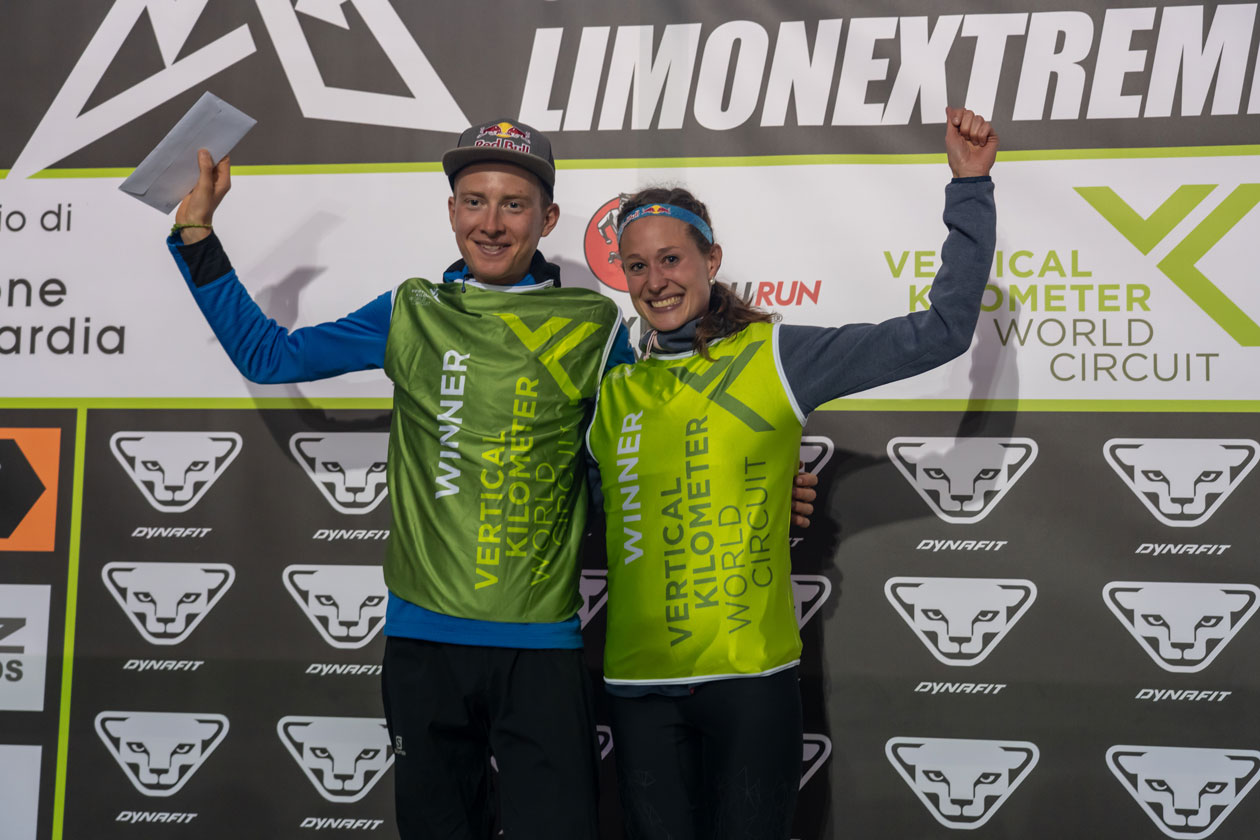 183 runners from 20 countries took part in the last and final Vertical Kilometer® World Circuit race which takes into account a maximum of the six best results out of 12, awarding an end of season bonus pool amounting to € 10,000.